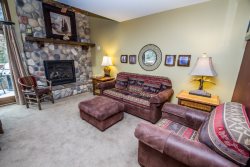 Although it’s fairly hard to notice the effects global warming is having on Lake Superior, there is no doubt that the lake is changing. With data being crunched into computers, it's becoming obvious that Lake Superior is responding to the global climate shift just as any other body of water is on earth.

One effect that has been recorded is Lake Superior’s surface water temperature. It has warmed twice as much as the air above it since 1980. In fact, every decade we are seeing an increase in about 2 degrees Fahrenheit in surface water temperature, while the regional air temperature has increased only one degree. Also, the ice cover on the lake is diminishing at a rate of about 0.5% per year. Over the last century, the lake has seen a drop in the amount of ice covering the lake from 23% to 12%.

One of the biggest concerns regarding the lake and its rising temperatures is how long the summer stratification season is becoming.  Spring turnover has become earlier by about half a day per year, leading to earlier stratification, and in return, making fall mixing later. People may not even notice the effects global warming is taking on the lake, but some notice more frequent and intense storms, warmer annual temperatures, drier summers, warmer winters, and much more.