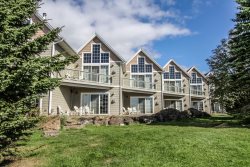 More than 30 years ago, a gentleman by the name of Mark Hansen moved to the North Shore to build birch bark canoes. Once he arrived, a connection was made to the area, magic happened and Hansen stayed to build one of the most vibrant non-profit organizations in Minnesota: North House Folk School.
Traditionally speaking, a folk school is a place where people come to learn new skills or expand the knowledge they have on a certain trade or concept.
On the local level, North House Folk School brings instructors from around the world to teach traditional northern crafts on the shore of Lake Superior. Started by Mark and a collection of other local and regional residents, the concept of a folk school was brought to the attention of the community and received many positive responses. During the time that has passed since North House came to life in the late 1970s, many changes have come its way. Namely, it has expanded, become widely popular and impacted the lives of thousands of people.

The school’s campus is located in the Grand Marais Harbor. Students and instructors come from all over the world to teach, learn, talk, share and create. The choice of classes is endless: basketry, blacksmithing, knitting, sailing, woodcarving, yurt-building, sausage-making, crafting jewelry with local stones and the list goes. In a typical year, North House hosts about 350 different classes, all of them led by more than 100 regional artists who work as instructors at the Folk School. They also host many events throughout the year that spur from the wide range of classes they offer.
As a direct connect to your upcoming stay, North House Folk School students receive a 10-percent discount at most Cascade Vacation Rentals homes during their class stay.
North House Folk School is located at 500 Highway 61 in Grand Marais.