There are a few stories of hauntings on Isle Royale.  The remote island on Lake Superior has been the home of numerous untimely deaths– mostly surrounding the copper mine that once existed on the island. However, one of the earliest deaths that have often been associated with a haunting, happened to a man named Charlie Mott in 1845. 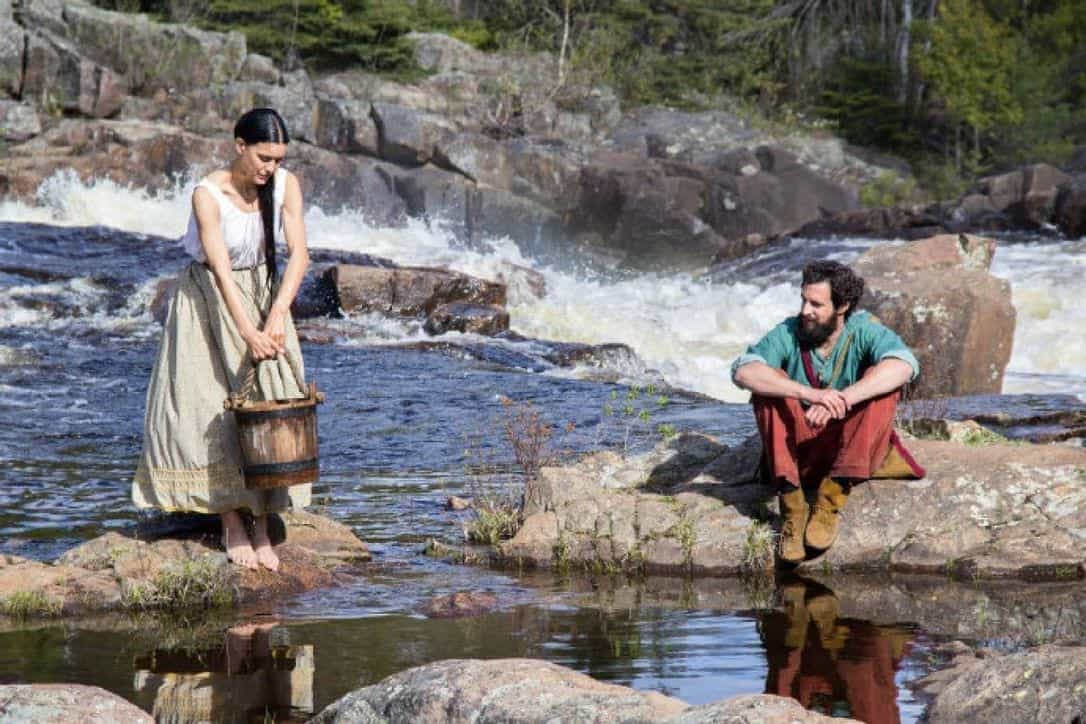 The Legend of Charlie and Angelique Mott

When you start discussing possible hauntings on Isle Royale, conversations quickly turn to the legend of Charlie and Angelique Mott.

Charlie was a voyageur and prospector. He was hired to survey Isle Royale for copper deposits in hopes of setting up a copper mine on the island. He was left there in July with his wife, a young Anishinaabe woman named Angelique, who was only 17 years old at the time. They set out with only a few supplies and the promise that a supply ship would be returning shortly. The supply ship would provide them with the provisions they would need to stay several months on the island.

The Supply Ship That Never Came

The scheduled supply ship never arrived. Whether on purpose or an oversight, Charlie and Angelique were left with limited supplies.

With just a half barrel of flour, six pounds of butter, and some beans, Charlie and Angelique initially lived comfortably on the island.  With a provided birch bark canoe and fishing net, they were able to fish and gather berries on the island to live. Then, one day later that summer, a storm destroyed their canoe. The fishing net, tired from overuse, also fell apart and became useless making fishing even more difficult. Angelique then started using her hair to make snares to trap rabbits.

For months they stared out at the distance, waiting for the supply ship to arrive.  Days turned to weeks.  Weeks turned to months.  Soon, it was winter. The available foods they were able to forage during the summer months became covered with snow.  Temperatures dropped and their predicament became direr each day.

The Death of Charlie Mott and Survival of Angelique

Illness took hold of both of them. They fought the fevers and were slowly starving to death at the same time. At one point, Angelique claimed that Charlie, in the midst of a fever spell, sharpened a butcher knife in her presence and called her a “sheep”, threatening to kill her and eat her. He didn’t, and in the end Charlie passed away from starvation.

Angelique, who was reportedly a larger woman at the time they were left on Isle Royale, was able to survive the winter on what limited food supplies she could gather together. Having been raised in the Anishinaabe culture, she was equipped enough with native teachings to survive. Then winter turned to spring and one day in May relief finally came. The company that sent Charlie to the island attempted to claim that a supply ship was sent the previous summer. They claimed they didn’t know that it had never reached them. Others in the company told Angelique that this was not the case- no ship was ever sent. Whatever the case, Angelique survived the harrowing winter on Isle Royale with limited supplies and her deceased husband’s remains. She would go on to live another 30 years, dying of natural causes.

The Ghost of Charlie Mott

In modern days, rumors of Charlie Mott’s ghost wandering the woods looking for food have been reported. Although not as widely as some other Isle Royale hauntings, this early story of death and suffering on Isle Royale has laid way to the lore that the island is inhabited not only by moose and wolves but also by the many ghosts of the men who sacrificed their lives for the copper on the island.

Photo of Angelique and Charlie Mott credit to “Angelique’s Isle”.

Are there haunted places on Lake Superior’s North Shore? Of course, there are! Many stories swirl around shadowy figures, disembodies voices, strange smells, and random bursts of cold in an otherwise warm room. There are many well-known haunted places on the North Shore- so many that telling all these stories will likely take many years. So we will kick off our “Haunted North Shore Guide” with a few more well-known hauntings. Over the years, we’ll add to this guide (expect that around Halloween time each year) so you can know where to explore to get your chance to spot a ghost, or, perhaps, where to avoid!

Have you experienced a North Shore ghostly experience? We’d love to hear about it! Send us an email at [email protected] and your story might be featured in a Halloween article or podcast episode in the future.

Listen to the 2019 edition of the Haunted North Shore Guide on the Exploring the North Shore podcast: