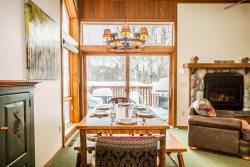 The fascinating Black Beach is found in a secluded area near Silver Bay, MN. Since the shore of the beach is a unique black color, visiting this beach is said to be a very strange experience and is one of a kind on the North Shore. In other words, it's a must see! The strange black coloration is not natural. It came as a result of the taconite tailings that were dumped into the lake by local miners years ago. Taconite is a low grade iron-ore that is refined, then baked, creating taconite pellets that are easily transported. Decades ago, the unusable taconite waste was dumped into the lake until the locals were fed up.

Local fisherman quickly complained about the water quality and demanded that taconite dumping be stopped. One fisherman even protested that the water visibility had diminished to just a foot or so from the original water clarity of around 55 feet. The fight was long and grueling as many families and local businesses depended on the lake for fishing, but many also depended on the taconite plant. The local fisherman won the fight and the dumping of the

taconite ceased around 1980. Since then, the remains of the taconite have made their way to the beach, creating a gorgeous black sand beach. The visibility has also cleared and fishing is better than ever. Beautiful rust colored cliffs line the landscape, and visitors can climb to the top and enjoy a view up and down the shore. The pictures taken at this point are breathtaking!

The city of Silver Bay and the state of Minnesota began leasing the land in 2015, opening it up for public use. Until the lease took effect, visitors were not allowed on the beach. So, being able to step foot on the beach is pretty special!
Getting There
Driving north on Highway 61, take the first right just past the traffic light in Silver Bay. Turn right road marked "Black Beach". Follow the road until it comes to a “T” and turn right. Continue a quarter mile and park in one of the designated parking areas on the left side of the road. There are technically three beaches along the road. Park in the last parking lot for direct access to the beach with the black shoreline.